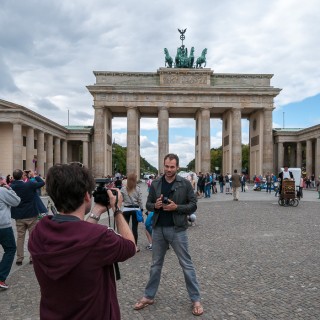 Yesterday I had an appointment of a different kind: Lee Morris and Patrick Hall, the masterminds behind Fstoppers, one of the world’s leading on-line platforms on photography came to Berlin. On their way to this year’s Photokina in Cologne they are on a road-trip throughout Europe and stopped over here in the German Capital. So, I took the chance for meeting Fstoppers in person.

The very close collaboration between this online portal with Mike Kelley, one of the most sought-after real estate and architectural photographers of the moment, is particularly interesting for real estate photographers – and Lee Morris immediately approached me about it. Thanks to the meticulous way of taking photos and the creative use of light, Kelley’s properties are presented in an incredibly attractive way.

Yesterday morning I met them for breakfast under the TV-tower and it instantly turned out that they are not only experts in the photography business but also very humble guys, extremely interested in the history of Berlin (and there is a lot to tell). Later we went to see some historic Berlin around Hackescher Markt, did some photo shoot and continued conversation.

A Small Tour through Tourist Berlin

Together with me was Tobias Sens who works as a dance and event photographer taking the guests through the city. They had some idea of what to see and we completed their wishes with some good opportunities to learn and see what Berlin could be like. 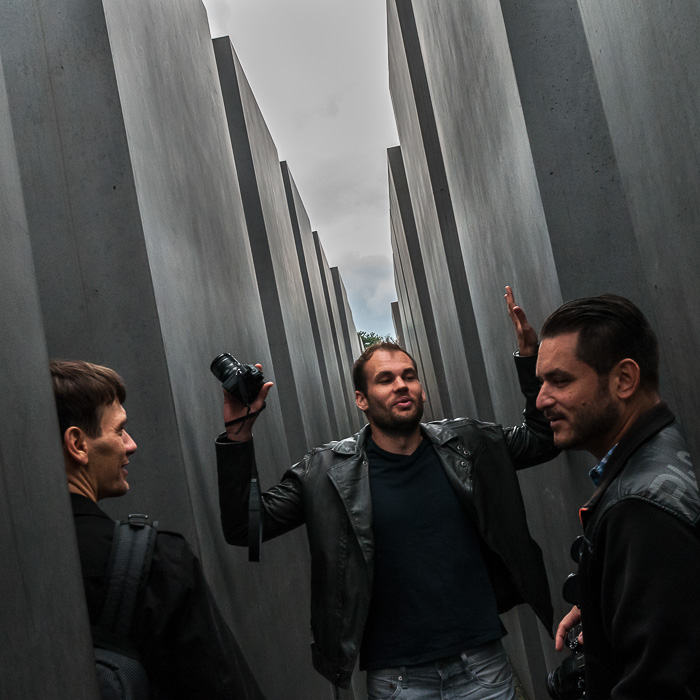 Lee discussing with Tobias and Igor about history at the Jewish memorial.

At almost every stop Patrick asked someone to shoot him doing his iconic jump in front of some fancy background. Thus we also stopped at Eastside Gallery where he found a lot of these Backgrounds. Later we went to the borough of Kreuzberg to show some contrast program compared to all the touristic stuff. Sitting in one of those grungy coffee shops over a real coffee both Fstoppers continued to share some of their ideas about their own photo business and ofcourse on current developments at Fstoppers and even some rather private topics ;-). 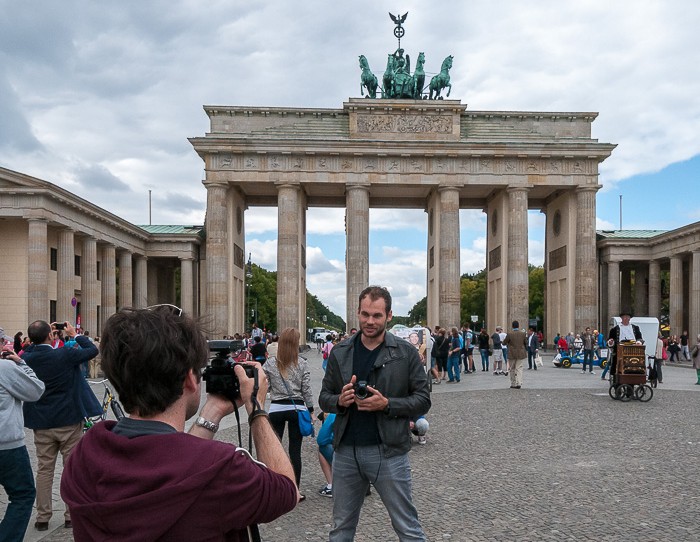 Making of: Video shoot for a camera review in front of Brandenburg Gate.

But of course the guys also had work. They are about to test a few cameras they did not know before. While Lee was miked Patrick recorded his verdicts on video.

Beautiful End of an Adventuring Day

For dinner we took them to an Indian restaurant at Oranienburger Straße having some delicous food. I think Patrick, Lee and Igor liked this place even for another reason: finally they had a working wifi. Thus they could at least follow the keynote on Apple’s new iPhone 6 and do some basic facebook communication. At the restaurant we were joined by Dennis Hellwig, a photographer from Potsdam who already knew Lee and Patrick from their last workshop event on the Bahamas. 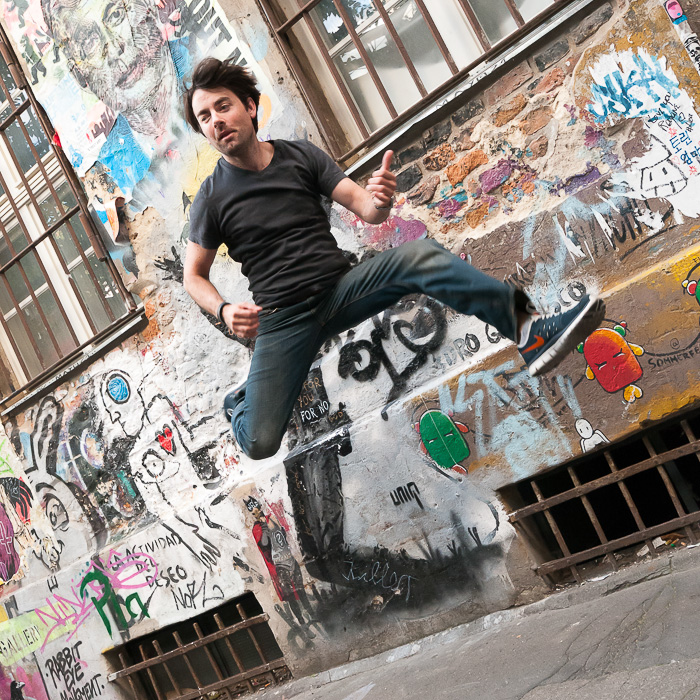 Patrick with his iconic jump in front of some collage at a courtyard next to Hackesche Höfe.

Meeting Fstoppers a full day with shooting, talking, discussing and having real fun was just great.

Thanks a lot. CU.

Addendum: What reads here, like great leisure time, is of course an important part of my work. Because running a photo studio doesn’t just mean sitting behind the camera and the computer. This also includes, in particular, doing marketing, making contacts and maintaining the own business image.